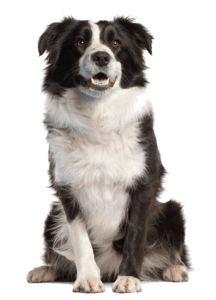 Humanizing a dog has to do with granting it the same characteristics as a person. This means attributing emotions, attitudes and views typical to humans onto our canines.

If you are doing this, Sorry, but you’re wrong, which makes what you are doing wrong.This does not mean that treating dogs as family or giving them love and care is a negative practice, on the contrary that is what we all should be doing. The mistake with this approach is that we end up actually ignoring the needs of our dog because we have replaced those needs with human needs.

Many people don’t quite understand which issues revolve around humanizing a dog. The main drawback arises when a dog is treated like a human being; that dog’s needs as a dog are being ignored. This core perception of your dog as a human then results in behavioral problems, and there we are wondering why our dog ends up doing things that prevents a positive relationship.Point being are we spending time socializing our dog and working to develop a constructive day to day relationship or are we dressing them up for their birthday party and buying them a birthday cake?

One core problem is that many people assume that dogs react in the same ways that humans do. The fact is, dogs hold different emotions to humans, and therefore react differently. For example, a dog can realize that they have done something wrong, but they don’t feel guilt. By understanding a dog’s emotions and recognizing that they are different to humans, we can begin to socialize and educate them correctly.

A dog that is humanized will most often not respect house rules. A common example of this is a dog that jumps onto the table when you are eating and/or occupies their owner’s beds or couches.

Aggression is also a common factor in a humanized dog, especially if the animal is used to getting what they want. For example, they will try bite or growl at you when they cannot do what they want. Usually, when this occurs, an owner chooses to reverse the action which caused this aggravation. This is however counterproductive to their social development.

It is also common that a humanized dog may show signs of fear and nervousness when in contact with unknown stimuli. Although fear is a normal emotion, it is important to understand how to manage it in a dog. Likewise, it is essential not to reinforce negative actions, such as embracing the animal when it is upset or angry. Instead, pet your dog only once it has calmed down. This action will allow the animal to reconfigure the specific behavior with positive reinforcement.

Consequences of humanizing a dog

The abnormal education of humanizing a dog can result in serious consequences to their health, both physically and psychologically. Treating your dog like a human can cause;

Stress:which is triggered because the animal cannot satisfy its instinctive needs, such as running when walking or exploring its environment.

Neurotic-destructive behavior: when a dog cannot fulfill its desire to play it will most likely become destructive and adopt compulsive behaviors.
Socialization problems: a humanized dog is rarely allowed to interact with other dogs, most often because the owners think that other dogs might harm their own. As a result, this animal can become highly insecure when interacting with other congeners, not recognizing them as equals. This is reinforced in dogs that are taught to use the toilet and who wear clothes, as they are unable to decipher and understand the natural behavior of their own species.

Weight problems: humanized dogs tend to be more prone to obesity, as they are offered diets unsuitable to their needs. It is also common for them to gain weight because their caloric expenditure in exercise is less than the amount of food which they consume. This can also trigger other health problems, such as arthritis and cardiovascular diseases.

Anxiety: when a dog is used to spending all of its day with its guardian and human companion, it is becomes more vulnerable to suffering from separation anxiety. Separation anxiety can result in diarrhea, tics and heart palpitations.

So there it is something to think about so you can evaluate what the relationship with your dog actually is and how that fits into your day to day and if that relationship is working for you.

As usual appreciate your thoughts and hopefully when you come in you can let me know what you think as well.