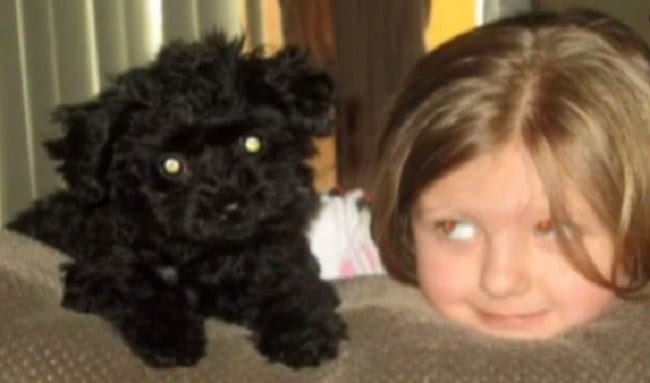 I have spent decades around large dogs, mostly German Shepherds, Rottweilers, “big guys” like that.  Anyone who has known me over the years had heard me say that if it did not weight at least forty pounds it was not really a dog.

My wife who is also predominately a large dog person introduced MuMu to our family I would say about eight years ago and that small ten pounder slowly but surely proved me wrong, oh yeah she’s a Shih Tzu.  That little dog has shown me how much heart she has and I have learned that a “good dog” is just that a “good dog” regardless of size as it is all in the heart.

So when my daughter forwarded me the story about the little dog that fought off a bear to save its human family I was not surprised.  Though a sad story it is still a great story.

A toy Poodle named Pickles may have weighed only 5 pounds, but he wasn’t afraid to stand up to a bear weighing 150 to 200 pounds that entered his home in Black Mountain, N.C., early Friday morning.

“I thought I was gonna die,” Tiffany Merrill, Pickles’ owner, told WNCT. She had opened a door to let her little dog out for his morning walk when the aggressive intruder walked inside the house.

Merrill’s two children were asleep in their bedrooms. She knew that if she ran to them, the bear would chase after her and perhaps kill them all. So, yelling to her kids to close their doors, she tried to hide behind a couch — but the bear jumped on the couch.

As Merrill envisioned the bear killing her and then her children, she heard Pickles barking. Her dog was able to chase the bear outside. As Merrill watched in horror, Pickles and the bear got into a scuffle.

“There was nothing I could do,” Merrill told WLOS. “I wanted to go out there and jump on the back of the bear and save my dog.”

Amazingly, Pickles initially survived his attack by the bear nearly 40 times his size, but the hero dog died after Merrill rushed him to a veterinarian. “He did not make it — he died saving my life,” Merrill wrote on Facebook.